Today, to celebrate the International Day of Women and Girls in Science, we will be featuring three women Principal Investigators for projects supported by JJERICO-S3 TA. These women leaders share their experiences in what led them on their career paths and a brief description of the ambitious projects they are leading. Their stories highlight the possibilities and opportunities available for girls and early-stage researchers who are embarking on their careers. We are proud to facilitate these outstanding role models for women in STEM who play an important role in marine research and innovation. We welcome and invite more women users to apply for the third JERICO-S3 TA call opening this March. 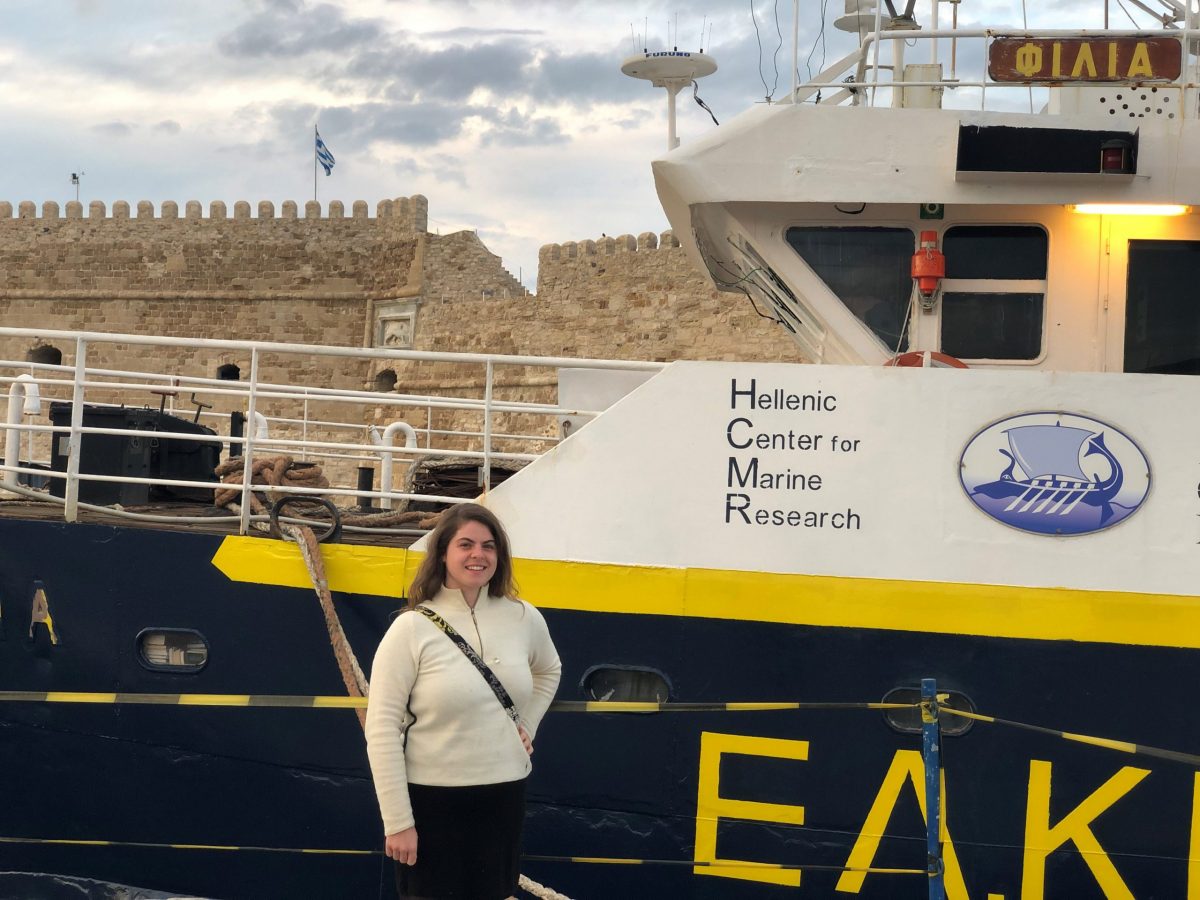 I was raised in Old Town/ Orono, Maine, USA, with ties to Greece as my father is from Larissa, Greece. In 2010 I attended University of Maine earning dual degrees; Bachelors of Arts in International Affairs, Bachelors of Science in Marine Science. My underlying respect and love for the ocean was the motivation to take courses which educated me on ecosystems surrounding marine life.

My oceanographic research career started in my freshman year of college when I decided to take a class in marine policy. It would satisfy my credit needs as well as engage my interest. I grew up loving the ocean, escaping to Bar Harbor to swim any chance I could.

This marine policy course changed the entire trajectory of my career. What began as international work in the humanities transcended into the pursuit of understanding the oceanographic ecosystems. Before I could tackle the intricacies of marine policy, I felt it was my duty first to understand the science behind it. Because of this, it led me to pursue my degree in marine science. I became enamored with the field as I learned more about marine life and data collection.

Initially, the love I felt for this career path intimidated me. I regarded scientists as some of the most intelligent and influential people in society, and because of this, I was intimidated to carry on this path. With the standards society held for such influencers, I did not believe that I’d be smart enough to proceed in their footsteps. However, I knew I could not ignore this call I felt to the field of STEM. I leaped into the uncharted and found my love propelled me to excel. Countless times within my studies, I was reassured that being applied to what you are learning is the most crucial component to success.

This was the starting point of my career path of being a Blue Tech Innovator. I am collecting data through the creation of blue technology and improving ocean health. As my career began to expand, so did my scope of possibility. Now I am the Founder and Director of Marine Research at Paramount Planet Product (P3RD). This is a start-up funded by the National Science Foundation Small Business Innovative Research Grant Seed Fund to create marine compostable fish friendly packaging material and testing services.
I realized the importance of education and sincerely wanted to contribute to improving ocean literary opportunities for citizens from Kindergarten through Adult Education. I want to instill a sense of care for this part of their world and defuse any fear surrounding the science.

I realized that success was not solely tied to one’s intelligence but one’s dedication.

After graduating in 2015, I worked with a team of research scientists at the National Oceanographic Atmospheric Administration (NOAA). Here, I met oceanographers who worked with fishermen and other user groups in order to improve ocean research data quality and science literacy for all user groups. As someone who was initially intimidated by the field of “science”, improving data quality, inventing new products and creating an understanding of science by implementing citizen science opportunities quickly became my passions.

Through working with NOAA I created the research and citizen science project IMAPOCEAN. Which stands for Integrated Multilevel Active Passive Ocean Current Education Advancement Network. IMAPOCEAN’s goal is to work with students and scientists in order to better understand the movement of ocean water throughout the water column, which could be experiencing changes from historical flow patterns due to climate change. 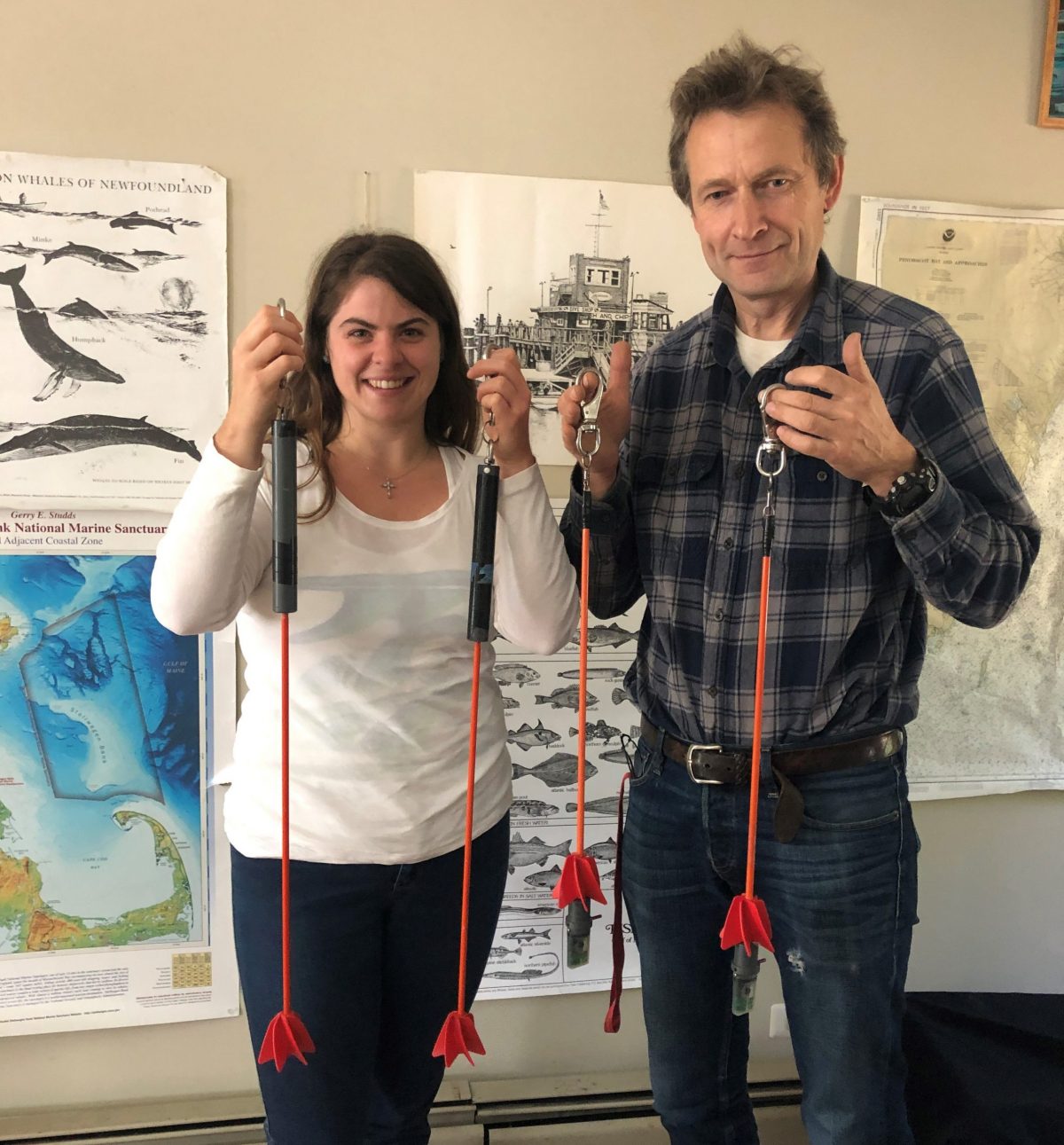 Our first launch is in the Mediterranean using “Active” meaning Lagrangian (moving) and “Passive” meaning Eulerian (moored) monitoring tools. The moored monitoring tool is the “SeaHorse Tilt Current Meter” which is stationed at different depths on Hellenic Center for Marine Research (HCMR) Deep-Sea Research Buoy in Crete, Greece. These oceanographic tools, designed by scientists at Okeanolog, Lowell Instruments, and University of Rhode Island (URI) are suited for measuring waves and currents. The SeaHorse Tilt Meter used in this experiment (pictured right) is also known as the MAT-1 Data Logger™. This device is capable of recording absolute orientation (tilt), acceleration (including vibration), and temperature. The logger contains three sensors: a 3-axis magnetometer, a 3-axis accelerometer, and a thermistor. The system, packaged in a tough, waterproof PVC (300m depth) or titanium (4500m depth) case, is suitable for continuous use in a wide variety of demanding applications, including underwater. The moving monitoring tool is the student-built oceanographic “Drifter” which uses Global Positioning System (GPS) to monitor the top one meter of surface ocean currents. Such Drifters are utilized by the U.S.A’s National Oceanographic Atmospheric Administration (NOAA)’s Northeast Fisheries Science Center (NEFSC) to estimate fish larvae transport.

Drifters can record and telemeter latitude and longitude position data in real-time via GLOBALSTAR satellite multiple times a day. New designs incorporate biodegradable materials such as wood, aluminum, bamboo, canvas, rocks for ballast. The GPS unit is attached to the top and foam buoys keep the electronic unit above the waterline. Underwater canvas sails catch the ocean current. Drifters can be built in any classroom and provide valuable real-time data for scientists as well as stakeholders while engaging students in citizen science.

It is IMAPOCEAN’s goal to improve the quality of data using the citizen science ocean research instruments and increase access of students to ocean research. We plan to expand pods of this research to other marine bodies such as the Atlantic Ocean, Arctic Ocean, Pacific Ocean and Baltic Sea. Such a network of students and ocean scientists continually studying ocean current flow throughout the water column will increase understanding for both scientists and citizens of the changes happening in our ocean today and what that could mean for tomorrow!